Get marketing tips, tricks and dropshipping inspiration right into your inbox!
Sign up today not to miss out a single post:
Category:
Industry secrets

Working From Home VS Coworking Space: What Would Win?

Sun rays cannot break through narrow windows and dividing walls, so I have to content myself with dim lamps on the ceiling. The air is stuffy and dense like jelly. My back and eyes hurt from hours of working at the computer.

And the worst part of it is my neighbor who’s listening to metalcore all the time, and I can hear the wild growling even through massive headphones. And I hate metalcore!!!

Ok, maybe I’m exaggerating, but you get the idea. Today, we’ll talk about the organization of a working routine for self-employed eCommerce entrepreneurs. Your options are working from home, using a coworking space or even doing your business at your full-time job.

Most newcomers start their eCommerce ventures while still having a full-time job. You might think that these two things are incompatible. Think again!

At my previous job, a colleague of mine showed me a website one day and asked for my opinion. I looked at the screen and saw a page devoted to… fishing.

‘Since when do we promote fishing websites?’ I laughed.

I grabbed him to the coffee machine, made sure we were alone and said, ‘Are you nuts? If the boss finds out you’re paddling your own canoe at work, you’ll get fired!’

He shrugged and said he’d been doing it for the past half a year. And nobody caught him.

Naturally, after work, I bought him a beer and forced to tell me how the hell he managed to do it. So here’s the manual.

It’s all about cyber defense. Nowadays there are programs that can spy on your computer via local connection and show another user what you’re doing. So whenever you start watching videos with cats instead of working, your boss knows.

In other words, make sure your company doesn’t spy on you.

Once you’ve checked the cyber security, move on to dealing with tactical reconnaissance. Make sure your battle station… I mean your table is located in such a way that nobody can see the screen of your computer. At the very least, you should be able to close all unwanted windows in a second.

Open space may be a problem. Having a private office is a blessing.

It’s not a good idea to tend to your own affairs in the morning while everyone is on the alert. Keep an eye on the atmosphere. If people start moving around, you’d better not take chances and play safe.

All right, kids, this one is important. You might be so cool at it that James Bond himself is not worthy to black your boots, but you’ll get fired anyway. Unless you honestly do your job.

My colleague explained that he never slacked off, and his work was always done on time. First of all, it’s fair – you still receive the salary for that job, after all. Second, by performing your duties diligently, you avoid unwanted suspicion.

How come Godzilla can easily ruin buildings without even scratching himself? Apparently, it has something to do with integrity. So I could do the same if it was a tiny building made of cardboard.

Unfortunately, the cabinet in my room was made of pretty thick wood. And my big toe was made of thin bones. Which cracked.

But every cloud has a silver lining! Since my foot was shut in a cast, my boss allowed me to work at home. And here’s what I tell ya: working from home is awesome!!! And that’s why:

However, my personal Eden lasted for two weeks. Then something began to corrupt my Garden.

My first problem came from my relatives who wouldn’t stop asking me to do this or that. ‘You’re staying home anyway!’ they used to say. And trust me, saying you still have to work just doesn’t work.

Speaking of relatives. They distract! It was Ok when I stayed home alone. But when not, they just kept pestering me all the time.

But the real serpent was me.

After I while, I began to go to bed later than usual and stopped having enough sleep. Forcing myself to work got much harder. Playing with the cat or watching videos on the web was too tempting. Besides, it always seemed that I had plenty of time to finish the job later. Making diners became rare and I started ordering sushi and pizza. And then I decided to use weigh scales…

After the cast was discarded and I came back to the office, things quickly turned back to normal. And I realized how much I missed the guys. Working from home is really comfortable, but one needs self discipline. So be careful about it.

Oh, and I still envy Godzilla.

If you’re like me and find it hard to concentrate when working from home, you might want to try other places.

Renting an office is obviously not an option. Most office spaces are designed for at least several workers, so it’ll be too expensive for one person. Unless you enjoy having a cool sign above the door.

Some of my colleagues tried coworking when they had to work during journeys and trips. So I decided to figure out what it is.

Back in 1990s, a group of European programmers decided to share their skills and experience with each other. But not in a chat, but in a real room. That’s how hacker spaces emerged. They were spaces with all the necessary infrastructure where people with similar interests (mostly scientific or technical) gathered.

Later, in 2005, Brad Neuberg who got tired of working from home and the lack of communication came up with a similar idea. He offered other freelancers to share an office with free Wi-Fi and other facilities in exchange for a fee along with their company.

That’s how coworking was invented.

A coworking space is your typical office with tables, chairs, recreation room, a coffee machine and so on. Except it rented not by a firm, but by a number of freelancers or business loners. Each of them gets a place in an open room and internet connection.

But it’s still different from an office.

However, a coworking space has certain drawbacks as well.

As you can see, each option has pros and cons. If you want to try them yourself, it will be an interesting experience to compare how does it feel to be working from home vs coworking with someone else in a specially furnished space. I once watched a video blogger who regularly switched between them every time he got lonely from working from home vs coworking space. So, you might want to use the same approach for your own eCommerce venture.

How to Start Your Successful Dropshipping Business with AliExpress
+ BONUS: 25 niche ideas for 2021
1 Comment
Clarence 2 years ago

Co-working didn’t start in the 2000’s. Lawyers, Accountants etc have been using Shared office space for decades… Co-working existed long before IT or the internet.

Dropshipping To India: A Short Review Of The Indian Ecommerce Market [Updated]

One Product Store For Dropshipping: How To Make It Right?

5 Dropshipping UK Questions You Wanted Us To Answer [Updated]

How To Write A Dropshipping Business Plan?

5 Reasons Why Dropshipping Is Profitable In 2021

AliExpress Seller Shares His Own Experience As A Dropshipping Supplier

Are These The Best AliExpress Finds For High-Ticket Dropshipping?

120 Best AliExpress Stores For You To Dropship From

AliExpress Ships From The USA And Europe Instead Of China! 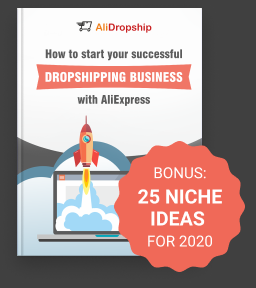 Thank you for your message!

We’ll get back to you soon.
consultation